skip to main | skip to sidebar

Last year I started keeping a list of all movies I watched at home and at the cinema (and the books that I read, a considerably shorter list). I watched so many movies at home that I couldn’t keep an entirely accurate record, and didn’t start at the beginning of the year, so that list is somewhat incomplete. I saw so few movies in the cinema, by contrast, that it’s easy to take about them as a group. In hindsight, I must say that I am very happy with the movies I ended up managing to see (the majority in the last two–three months of the year), the list being: (reverse chronological)

Obviously my tastes in cinema-going (less so when watching movies at home) tend towards the mainstream. With the exception of Harry Potter, which I saw for a fundraiser and entirely against my will (but which I ended up not half minding), I would highly rate all of the movies above and recommend them unconditionally to most of my peers. I’m not going to try and rank them in order of preference or anything, but I’d have to say Inglourious Basterds would be my pick of the bunch. It promises great things to come for one of the most unique directors around whose movies just keep improving, and, in my opinion, raises the cultural bar for Hollywood cinema in general. Let’s never see a German character simply speak English-with-a-fake-German-accent-to-show-they’re-German again (let along without-even-the-accent-but-with-an-eyepatch — not that I saw that movie).

I should point out that I’m aware of less-than-positive views on Inglourious Basterds due to its irreverent view of certain events in history that should be taken more than seriously, but to be honest I’d prefer to see a movie that attempts some sort of catharsis as this one does, as opposed to reminding everyone how terrible a time and what a tragedy it was. But it’s easy for me to say that who has no direct link to the events in question.

Google have released some sort of phone. The part of it that I care about is the technology in its screen.

When the iPhone came out, it’d have been pretty rare to see anything like its high-res. LCD display. 3.5 inches with 163 pixels per inch — graphics, but text especially look better than they’ve ever on a computer screen.

But this Nexus One phone? Pretty much the same size screen but with a d.p.i. value of 252 (roundabout calculation). That’s to the iPhone resolution how the iPhone res. compares to a regular computer screen. I can’t wait to see how Optima, say, looks on this new breed of screen. 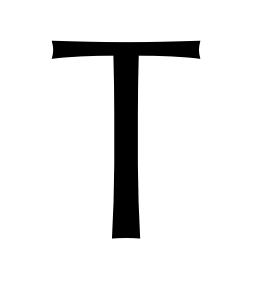 We’re almost getting to the point of rivalling low-tech print quality. Anyway, where was I? Oh yes, the now technical inferiority of the iPhone screen vs. the current cream of the crop. It’ll be interesting to see what June’s new iPhone (as per tradition) will bring.

When that happens, all of the hundreds of thousands of apps that have been created for the iPhone so far use a fixed resolution. Until developers release updated versions of their apps with higher-res. graphics, will auto-scaling them be an acceptable way to display them on this larger (in terms of pixels) screen? My hunch is that since few graphic elements on the iPhone are created down to single pixels, this will be fine.

And, of course, programmatically generated graphics and all text will be automatically improved since they are (or should be, in the case of graphics) resolution independent. So let’s toast the idea of print-quality output on our screens, but regretfully mourn the loss of any chance to use the beautiful bitmap fonts of old.